The biggest mistake you can make is removing jewels from your crown. (An open letter to women)

Dear Woman,
Sometimes
You'll just be too much woman.
Too smart,
Too beautiful,
Too strong.
Too much of something
That makes a man feel like less of a man,
Which will start making you feel like you have to be less of a woman.
The biggest mistake you can make
Is removing jewels from your crown
To make it easier for a man to carry.
When this happens, I need you to understand,
You do not need a smaller crown --
You need a man with bigger hands.
Michael Reid

Before I even start this essay, let me give full credit to Michael Reid for this poem. It sums up something I’ve been thinking about with my female clients for years. And he says it beautifully.

When you work as a therapist, you assume a lot of roles. Through the process of transference you occasionally become a brother, father, husband, priest, and yea, sometimes even a psychologist to your patients, and you better know how to handle it. Often times a woman coming to therapy is there because she has been the victim of abuse, neglect, and exploitation of one kind or another. It makes you humble as a man to hear these stories. Trauma leaves a long, long shadow in people’s lives, and sometimes this shadow leaves permanent scars.

Because truthfully we men have historically done women pretty wrong, and there are some fundamental truths we need to face about domestic violence, sexual assault, exploitation, and basic human rights that need to be discussed.


Here’s a fact from the Unites Nations website that is a little sobering.

That’s not a little bit of imbalance. That’s a system way out of whack. More importantly it speaks to a belief system that is way out of whack. The common misconception is that men go to work and women take care of the family, but this idea simply doesn’t stand up to the numbers. The fact is women do both. The average mother works approximately 80 hours a week cooking, cleaning, driving, wiping, psychologizing and nursing. And plenty of them “work” beyond these responsibilities.


It doesn’t leave a lot of time for anything else. Time for a glass of wine, a soak in a hot tub, a nice night out, or even a couple of hours to watch a movie.

And one thing I see as a result of these things is a whole lot of women who feel totally overwhelmed. Competing pressures to keep a nice home, raise the kids, take care of their husbands, contribute something financially, and keep up with the Joneses has lead to a whole generation of women taking pills, seeking therapy and feeling like they’re not keeping up.

So how do women deal with the weight of all of these competing expectations? I know I’ve watched a LOT of great women in my own life settle. Settle for lesser jobs, lesser men, and lesser lives.

But as Mr. Reid says, the biggest mistake you can make is removing jewels from your crown.

Ask yourself these questions. Does the man in your life support you? Make you feel better about yourself? Help you bring out the best version of yourself? If the answer is no, you’re removing jewels from your crown. Don’t dumb yourself down for anyone. Don’t suppress your creativity for anyone. Don’t get married or have babies because you think it’s “time.’ And don’t ever, ever, set a precedent where you have to be less of yourself to make someone else feel like more of themselves.

That’s removing jewels from your crown.

So to all the mothers, sisters, daughters, nieces, patients, aunts and even strangers out there, please know there are men out there whose hands are big enough to hold your dreams.


And furthermore you don’t even need a man to realize your dreams, but do keep hope there is someone out there to help you multiply the power that is already inside of you. In the best relationships that’s how it works, but until then be true to yourself and your own standards and integrity. 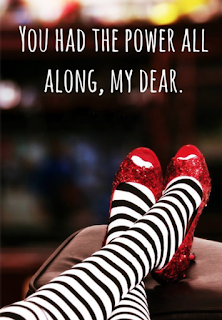 Between what is said and not meant, and meant and not said, most of love is lost.

The above quote comes from Khalil Gibran, and it was written about 100 years ago by one of the world’s foremost poets on the subject of love.

They didn’t have text messaging then and there sure as hell was no Tinder, and there was no social media in general to muddy up the waters. It’s not easy in the modern world to understand nuance and context, and I think a lot of feelings get drowned out in the noise of all of our technology.


Even still, this sentiment from a century ago is certainly dead on. I hear it every day in my sessions with people. There is a lot of unspoken love in relationships, but pride, ego, past hurts, and stubbornness make it impossible to voice. So people who sometimes even live under the same roof drift further and further away from each other.


And most of love is lost.


So how in the hell do we correct this problem? James Taylor says “shower the people you love with love, show them the way you feel.” That sounds nice, but also kind of hard and icky for a guy. I’ve seen many similar slogans on Pinterest that sound like they should work, but in reality are a heck of a lot harder.


I had this lesson about love presented to me in a very unusual way. I was taking my first comedy class in Chicago in the summer of 96’ and I was full of aggressive energy. I’d go up on stage, blast everyone around me, get a few big laughs, and then sit down with a satisfied smile. Mission accomplished.


One great teacher wasn’t having it though. Right in the middle of one such scene, he barked “Guse!? Stop!! All you do is run over people. That’s easy and you’re damn good at it. But so what?! For the next month I want you to play the love! Every time you’re about to insult someone I want you to find something to love about them instead. And you should probably do it in your personal life as well. All that comic aggression obviously comes from somewhere!”


It was 10 seconds of feedback with 10 years of psychoanalysis sprinkled in as a bonus.


So for the next month I “played the love.” If I was at Starbucks and the barista spilled coffee all over himself, instead of saying “What is this dumb fuck doing?” I empathized with his bad day. When someone cut in front of me I held my tongue and stepped back and said, “wow you must really be in a hurry.”


It went against every instinct I had.


But I noticed that onstage I was listening a little better, and my grumpy old teacher informed me my scenes were a helluva lot more interesting.


So sometimes I still hear that phrase in my head even all these years later, and I think it’s a good reminder for all of us.

Because love can and does get lost all the time in this world, and most of the time I think it’s for the very reasons Mr. Gibran expressed. A man married for 20 years may simply assume his wife knows he loves her, because after all he goes to work every day to pay for clothes and food and iphones. But he never says it.


And most of love is lost.


Maybe it’s a couple in the heat of an intense argument who say things that they can’t take back because they’re hurt and they want the other person to hurt as much as they are. And things are said like "I hate you" and "I wish I'd never met you!" that are not really meant.

And most of love is lost.

And maybe it’s something as simple as letting relationships slide with our friends and family across the bridges of time and distance. I know this happens to me all the time. People I think the world of and who were a huge part of my life in one incarnation slowly recede into the distance as I leave one life to begin another. Messages fade, phone calls decrease, and soon enough you’re lucky to be exchanging cards every Christmas.

And most of love is lost.

In some cases with me I’ve actually had friends pass away, and boy do I say nice things about them when they’re gone. Glowing praise about all of their wonderful qualities and all of the ways they touched my life.

You know. The shit we never say to people while they’re alive.


So for me I’m going to strive to give a few more living obituaries. To tell people I appreciate our time together, how they’ve impacted my life, and what they mean to me.


I’m not that good at this, so don’t be surprised if I start with a punch on the arm or a noogie or something like that.