All the lonely people, where do they all come from?

I’ve been trying to do it right, I’ve been living a lonely life.
Hey Ho- The Lumineers

“Let me tell you this: if you meet a loner, no matter what they tell you, it's not because they enjoy solitude. It's because they have tried to blend into the world before, and people continue to disappoint them.”
-Jodi Picault

“Why do people have to be this lonely? What's the point of it all? Millions of people in this world, all of them yearning, looking to others to satisfy them, yet isolating themselves. Why? Was the earth put here just to nourish human loneliness?”
― Haruki Murakami

Loneliness is an epidemic. A very serious one,

How do I know?

I’ve had the disease myself. That’s how I know.

But it’s not just that. I’ve been a therapist for a decade. Before that, I was a bartender for a decade. And truthfully I’m not sure which job taught me more about the subject.

But I sure as hell know it’s real.

I provide these quotes at the beginning of this vignette because I think they all have a little different take on loneliness. Like the Lumineers say, we try and do it right. We have a lot of love to give. We crave connection. Deeper meaning. More significant
conversation. And yet we miss. We try and we miss.


Which brings us to the second quote. Sometimes we isolate ourselves because we’ve tried (and tried) to make connections, and we’ve been disappointed again and again and again. People have a very powerful need to be understood and to belong. And when we try and meet these needs without success, it makes us withdraw. It’s a big thing to expose yourself and miss.

It makes you want to not do that again.

To get clinical for a moment, loneliness takes a heavy toll. Some research-


“In a study conducted by the Archives of Internal Medicine, Lonely older adults also were 45 percent more likely to die than seniors who felt meaningfully connected with others, even after results were adjusted for factors like depression, socioeconomic status and existing health conditions. The emphasis on meaningful connections goes to the heart of what loneliness is and is not. It is not the same thing as being alone: 62.5 percent of older adults who reported being lonely in this new study were married. Nor is it simply a paucity of social contacts. As has been observed many times, people can feel lonely even when surrounded by others if their interactions lack emotional depth and resonance.”

Although this particular study focuses on older people, it raises some important points. Being lonely is not just about being alone. And loneliness certainly affects people other than the elderly. There is tremendous research regarding the effects of loneliness on the young, the divorced, people from different cultures, the in crowd, the out crowd, and everything in between.

There is not a single group of people that loneliness doesn't touch.

Which brings us to the third quote from Murakami. Why do we live like this? What prevents us from connecting with one another? Why do we all live so close but feel so far from each other?

I’ve done my own research on this. And I think some of the problem comes from the way we live. We cultivate images of ourselves with our clothes and our phones and our social media profiles, and we create an avatar much like we do in a video game. But it’s not real. It’s impression management. A sales pitch. An advertisement. It’s duck faces and vacation pictures and bikini pictures (not mine). But what’s missing is vulnerability. The courage to be imperfect. To let our guards down.


But someone needs to make the first move. To truly connect we need to let our guards down a little bit. To be honest. Radically honest. Warts and all.

That’s how we discover what’s real.


But since I’m pretending to be an “expert’ on this subject, I think it’s only fair I share a little more about myself.

I’ve known this feeling my whole life. I’ve gravitated towards sports, comedy, therapy, travel, and just about anything else you can think of trying to fix the problem.


And yet it persists.

As I've gotten older, I’ve learned  that there are some problems in our lives that we can’t completely fix. I accept I’m going to be lonely sometimes. Even when I’m with other people. Even when I’m in a relationship. Even when I’m working as a therapist.

Maybe it’s about learning to embrace the paradox. To understand loneliness as a complex emotion that longs to find the balance between the sometimes conflicting needs for connection, solitude, and understanding.


And on that note, I started my own little group on Meetup.com for craft beet lovers. For those who are looking for like minded people to do things with, Meetup is a wonderful place to start. Personally I like craft beer. And in two short weeks I learned 175 other people did as well.

We all need each other sometimes. As Billy Joel says, we're sharing the drink we call loneliness.

Please check out my new book, "Love in the age of Cornovirus.' Free to read online 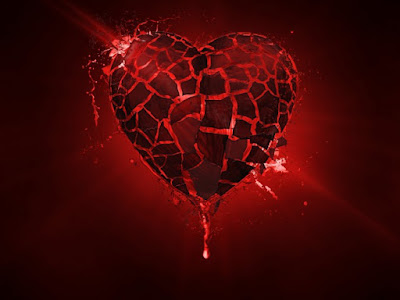