Such a long long time to be gone

How do we reconcile the past with the present,
when we don’t feel comfortable in either one?
October Road

Every summer I get this odd kind of feeling. There’s something so fleeting about it, and sometimes in the middle of a summer day, I start thinking about all the places I’ve been. Sometimes I even sit and time travel for a moment as I watch the sun go down. I think about being 18 and sitting by the river in my hometown, wondering if I was ever going to get a chance to leave. I think about being on top of a mountain in Yellowstone Park, or drinking beer in a crazy Montana bar, and I go back for a short while to those places.

And then the moment passes. I take measure of where I am, and wonder what happened to all of the people I used to know and have such good times with. You get so close to people and make such amazing friendships, and then one day you look up again and find yourself in a completely different incarnation. Seasons change and people come and go, and we are often left wondering what happened.

Modern technology has helped a little bit. We can use Facebook or something similar to catch up with people or to take a glimpse of the lives they are living now, but sometimes this doesn’t really scratch the itch. Many memories get frozen in amber, and we have a hard time reconciling how the people we used to know don’t seem to be the same anymore. We want them to stay the way WE remembered them, and when the way they are now conflicts with the way we see them, a strange loop of perception can occur, where we are left wondering if maybe all of our experiences were just some kind of a dream.
In thinking about this issue, I thought about an exercise I sometimes give people in counseling, where they are instructed to write their own obituaries. Although it sounds a little morbid, it sometimes helps people clarify what it is they want to accomplish during their short stays here on planet earth. How would you like to be remembered, and what would you want people to say about you? “Bob spent his later years mostly eating Doritos and playing Xbox 360, he died in his beloved sweatpants he had worn for 27 straight days.” Probably not. Probably you would want the people you had shared significant experiences with to remember you and say something about the good times you had together.

Which makes me wonder why we don’t just go ahead and do these things while we are still drawing breath. Stephen Levine posed the question, “If you were going to die soon and had only one phone call you could make, who would you call and what would you say?  And why are you waiting?” Why DO we wait to do these things, and where does this apprehension come from? I think we get trapped in our comfort zones at times, and settle into a kind of complacency where we just kind of survive on auto-pilot rather than think too much about it.

I recently read an article called “The top five regrets of the dying” which was written by a nurse who had spent a lot of time with people at the end of their lives. Two of the five items involved courage, which I think informs so much of our happiness, but it was another item that really caught my eye. The item was “I wish I had stayed in touch with my friends.” In explaining this item, she writes, “"Often they would not truly realize the full benefits of old friends until their dying weeks and it was not always possible to track them down. Many had become so caught up in their own lives that they had let golden friendships slip by over the years. There were many deep regrets about not giving friendships the time and effort that they deserved. Everyone misses their friends when they are dying."

Powerful stuff, which I think speaks to the point I’m trying to make about stepping out of our comfort zones and picking up the phone. I know for me personally I have vowed to do a little more than examine the pangs of nostalgia I feel and take a little more action. So what are YOU waiting for? Pick up the phone and call an old friend you haven’t talked to in a while. Make peace with someone you are having a silly and stupid argument with. Make plans to visit a place that has special memories for you. Pick up that guitar that is gathering dust in the closet and give it another shot. 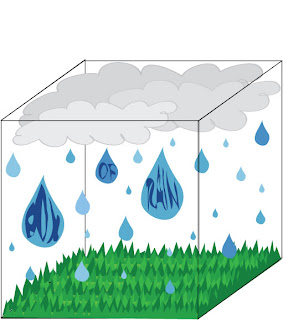