For a long time it had seemed to me that life was about to begin – real life. But there was always some obstacle in the way, something to be gotten through first, some unfinished business, time still to be served, a debt to be paid. Then life would begin. At last it dawned on me that these obstacles were my life.
~Alfred D. Souza

Never forget that you must die; that death will come sooner than you expect... God has written the letters of death upon your hands. In the inside of your hands you will see the letters M.M. It means "Memento Mori" - remember you must die.
~J. Furniss, Tracts for Spiritual Reading

Every August, usually right in the middle of the month I get a feeling. It’s a strange combination of melancholy, longing, and remembrance of things past. Maybe it’s because my birthday is at the end of the month. Or maybe it’s the memories of summer dwindling away and that pang of youthful remorse that you didn’t quite accomplish everything you set out to over the summer. That time was slipping away and life was about to speed up again.


It’s not my favorite feeling.

In thinking about why this was, I thought about a memory I had years ago when I happened upon a church when I was traveling through the European countryside. The church had bones, real human bones, all over the walls. There were three male corpses outside the church, and over their heads was an inscription, it read,

“What you are now, we once were; what we are now, you shall be.”

It was one of the most powerful things I’d ever seen.

After asking around a little, I discovered this was a common theme a few hundred years ago. Memento Mori. Remember you must die. It was a reminder to people that in the face of disease, sickness, war, etc. that they were going to die. It was more than that though.

It was also a reminder to live.

In thinking about this idea, I also came to a better understanding of what my mid-August melancholy was all about. It wasn’t so much a desire to recreate the past, but instead a reminder to live. We only get so many summers and we need to make them count. Personally I used to measure a great summer by the places I’d traveled and the things that I had seen. That will always be important to me, but lately I’ve come to a deeper understanding. It’s not about the places, although that’s wonderful as far as it goes. It’s about the people. Our relationships and the connections we make along the way that create the hooks we hang our memories on.

We need to learn to appreciate the good times while they’re actually happening.

So I thought about my afternoon at the church all those years ago, and started to remember. In actuality I was traveling alone, a little worried, and a lot lonely. I spent the day in a little bar in the country and I talked to people. A Scottish man on a eurorail pass who made me laugh all day telling me stories about how they drink in Scotland. A Spanish girl who had been traveling alone after a breakup who eventually joined us in our conversation. The owners of the hotel I was staying at, who cooked us a little lunch when they saw we were quickly progressing to being overserved.

People. People just like me who for an afternoon found themselves needing someone to talk to.

So in thinking about the concept of Memento Mori, I think it’s not just about remembering that you must die, but also to remember that you must live. And the best way to do this is to continue to cultivate relationships and appreciate our fellow travelers here. Especially those closest to us. In the end, know one cares about how much money you made, or how many women you were with, or how many cars you owned. All those things are fleeting.

Much like those corpses in front of the church who were once young and healthy and hopeful, we too will get sick and get old and start to decay. This will probably happen sooner than we think, and before we are ready.

In the meantime we have a choice, every day and every moment to live a little more authentically.

There are 20 more days in August.

Thanks Tom! I certainly remember some great summers with you in Chicago back in the day.. Cheers to old friends..

In search of Divine Nonchalance 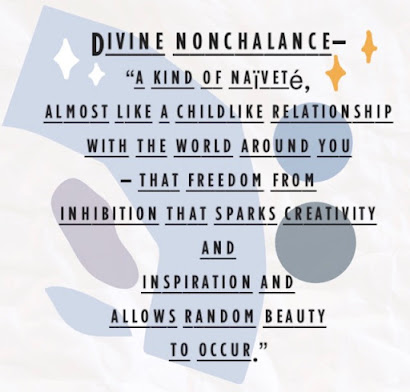