The game of life is hard to play
I'm gonna lose it anyway
The losing card I'll someday lay
So this is all I have to say.
‘Suicide is Painless

I never had any friends later on like the ones I had when I was twelve. Jesus, does anyone?
Stand by Me

Found out today that an old friend of mine had died. I’d like to be writing an essay on how we remained friends throughout our lives, and what an amazing guy he was right until the end.

But I can’t do that. We lost touch.

It was particularly difficult to find that he had committed suicide. That’s not supposed to happen. He was MY age for God’s sake. Sure we are beginning to navigate all the stuff that comes with middle age, but a lot of the hard part is supposed to be behind us, right?

And why DID I lose touch with him exactly? Why do any friends? At one point he and a large number of us spent practically every day of our lives on the golf course as young guys. It was a lot cheaper than a babysitter for our parents. Man did we have fun. And antagonize people. And have a million laughs with each other on summer nights that seemed to last forever.


But somehow it always does. People go off to college. The first guy gets married. Someone has a kid. And the next thing you know, people you were virtually inseparable with slowly recede into the back of your memory. And soon enough you’ve got your own headaches and problems to deal with.

And time marches on.

We’ve been assisted a bit by living in the Facebook era, but even that’s a kind of double edged sword. Sure it helps us keep in touch, but is it real? We get to instantly see a snapshot of people’s best version of themselves. A person’s Facebook page is often like one of those annoying Christmas letters people send around detailing all of the ways their family excelled over the course of the year. Personally I’d rather have a fruitcake.

And I fucking hate fruitcake.


In a poignant essay entitled “The top five regrets of the dying” a hospice nurse recounts the major themes she heard again and again from people on their deathbeds. One of the items was, ‘I wish I had stayed in touch with my friends.’ She writes,


“Often they would not truly realize the full benefits of old friends until their dying weeks and it was not always possible to track them down. Many had become so caught up in their own lives that they had let golden friendships slip by over the years. There were many deep regrets about not giving friendships the time and effort that they deserved. Everyone misses their friends when they are dying.”

That’s kind of heartbreaking to read actually. And we all let it happen. I’m a TERRIBLE culprit myself. You just figure there will always be enough time.


I’ve come to believe that’s the most dangerous lie there is.

I don’t know what my old friend was going through when he decided to take his own life, but I do know one of the most common things people experience in these moments is a feeling of hopelessness. What happened to my friend’s hope? Why did he feel he couldn’t talk about it or ask for help, or just tread water a little longer until the darkness passed?

That’s the thing about suicide. It’s often a reflection of a life that’s become simply too painful to bare. Nearly every suicidal person has serious doubts about the process.


But in that moment, suicide is painless.

I wish I could have been that friend to him. That one person he could have called to get through that moment. I wish he had any kind of friend like that. We all need them. In our youth potential friends are everywhere, but it gets a little harder as we get older. We don’t share the same history with someone, the same references, music, movies, and understanding of a time and place where we have a completely identifiable language between us. That’s rare. That doesn’t come along very often.


Cherish your friends. There’s a reason you found them in the first place.

I was 15 and he was 17 and we were playing golf together. He hit a nice booming drive into the fairway, and mine went slicing into the trees. He was older, and could hit it a little further, and already I was pissed off.


We walked towards my ball, and found it sitting right at the base of a large tree stump.

“Not really” I replied, as I preceded to kick the ball out into the fairway.


But rather than a lecture, he gave me some advice. He told me that we hit some of our best shots when we recover from these shitty mistakes, and how I was never going to learn to get any better if I didn’t begin to accept this.


It was a great lesson. In golf, and in life. You got yourself into this mess, now summon your best powers of concentration and get yourself out.

So that’s how I’ll chose to remember him. As a guy who called me on my bullshit, and chose to be the kind of friend who doesn’t look the other way.

It’s the kind I want to be as well…

So if you’re (still) reading this, please consider me a friend. You can talk to me, and I’ll listen, I promise. I hope I can talk to you as well. Let’s not lose touch anymore than we already have.

Maybe we can help each other.

This was well written. Thank you for sharing I will be sending you a fruitcake when you least expect it. Nancy Wickersham Roe.

Thanks Nancy! That's a lonnng way for a fruitcake to come.. How about you just drive me around again next time I come home in a stupor! Hope you're well!

Sorry to here about your friend Joe. Suicide is always so shocking and unexpected.

There are places I remember- How the places in our life affect our mental and physical health. 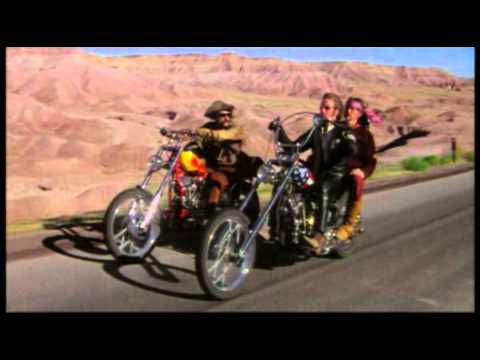