There are a lot of powerful ways people have described mental health. Winston Churchill called his depression a “Black Dog” and an Australian named Matthew Johnstone wrote an illustrated book about how the black dog weighed him down every day. Edvard Munch painted his seminal work ‘The Scream” about the intense anxiety he felt about life one evening as he was walking home. Picasso’s “blue” period reflected the deep depression he felt in response to a dear friend’s suicide. 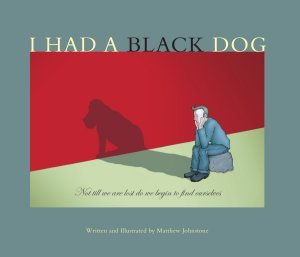 These are creative and historical examples that millions of people are familiar with. They speak to the ubiquity of mental health issues around the world and throughout history, and remind us that even the greatest of us have moments of great vulnerability.


But truthfully, none of them compare to a story I heard from a petite little woman when I asked her to describe her anxiety and depression. I’ll do my best to recreate her words here, although I certainly can’t describe them with the same emotion they were relayed to me.


“You know doctor,” she began with her voice trembling. “You asked me to talk about what my depression does to me, but I thought instead I would tell you what it takes from me. You really wanna know? Picture yourself in the grocery store and you see a family laughing and arguing and shopping. My depression tells me that’s a family I’ll never have. I’ll never have the courage to meet someone and I’ll never have kids. Maybe you’re at a concert and you see friends with their arms around each other singing along to a song. Those are friends you’ll never meet because your anxiety will never give you the courage to introduce yourself. That’s what it’s like doc. Like there is a big world out there full of friends and travel and adventure, and you’ll never get to do any of it. So you lie in bed missing people you’ve never met and having conversations with people you’ll never have the courage to talk to. And it’s a loss. Not a loss like a death but maybe even worse than that. It’s a loss of something that will never even happen.”


Damn. I may be the world’s chattiest therapist, but in that moment I was silent.


How do you process grief that never happened? Mourn someone you haven’t ever spoken to.

I enrolled her in an anxiety group I was facilitating, which would later become the inspiration for a little book I wrote called “The Substitute People.” I still remember that painful first day. I was a reasonably new clinician and everyone was very nervous, including me. I did almost all the talking. There have probably been a million books written on therapy, psychology, and running groups.


None of them say to do that.


This went on for the first few weeks. It was like an awkward combination of bad stand-up comedy and rapid-fire psychology with a disinterested audience. We couldn’t go on like this. With my client’s permission, I asked if I could pose her question to the group about missing people you’ve never met, which she reluctantly agreed to.

One hand slowly went up, then, another, then another. Eyes that had been locked on the ground for weeks slowly looked around and took in the others. Here were some more people like them. Like us. The first person bravely began to speak, and the fire started from there. They were alive!


And soon I missed my time pontificating in front of the group, as now I could barely get a word in. It reminded me of something that I had once heard from a wonderful mentor. People have two exceedingly powerful needs when it comes to others, the need to belong and the need to be understood. These guys had found them both.


Meanwhile back in therapy, my friend told me she was feeling a lot better. She described looking forward to Tuesday nights now, and how for the first time in her life she was starting to feel understood. “And the therapy had helped some as well,” she said politely as she patted my hand.


One night I was walking home from work and I looked into the window of a little bar I sometimes frequented. There was my group! Wait a minute! Why wasn’t I invited?


Maybe I needed a group of my own.


Now normally when a psychologist sees patients “on the outside” the protocol is to remain silent unless they approach you. It’s an old rule that I sort of understood, but I asked one of the group members to explain who I knew would tell me the truth.


“Look doc,” he began. “We started meeting on the outside because we enjoyed the group so much we wanted to do it twice a week instead of once. We were going to invite you, but uh, well, sometimes you talk a little too much.”

Damn again. Don’t ask a question unless you're ready for the answer.

But eventually, I got over my mildly bruised ego and learned a little more. I heard they began the meeting with the following toast.


“Cheers, to all the friends I’ll never meet."

The irony being of course that they had made new friends through this process and were able to laugh at themselves a little.

The lessons I learned from that experience were powerful. First I learned that if someone who has been silent for a long time starts to talk, shut up and let them talk. Second I learned that in sharing vulnerability, sometimes we can generate tremendous strength. And I didn’t do much of any of it! Just “facilitated” a little. And talked too much.