A tribute to Bernie Dekker

A man dusts off the old “which way to the beach?” line in a bar. Except there’s no pretty girl. Or muscles.

Those are the circumstances I first met Bernie Dekker. I was new to New Zealand fresh off the boat from America. He welcomed me into the bar with open arms, got me a beer, and made me a pizza.

I never did make it to the beach that day.

But I did stay up pretty late talking to Bernie and his wife Stephanie that night. They told me all about their lives, how they came to open The Wines (Bernie’s lifelong dream) and their travels to America. He showed me some videos of his motorcycle trips to the south island. He had his bar, his wife, and his harley.

He was the picture of a happy man.

Over the next couple of months I returned to The Wines more than once. Often Bernie and I would stay up late into the night talking about different things. I really came to value his advice, his friendship, and his stories about the open road. It was a great introduction to New Zealand for me. As a new guy here I didn’t know many people, and he always introduced me around whenever he got the chance. Not a lot of people would have cared. But he did. He even let me stay in his home after being “overserved” a time or two.

I based my first impressions of the people of New Zealand at least in part on my time with Bernie and Stephanie. I figured if the people were all as nice as this, then maybe I’d come to the right place.

Eventually I left my first New Zealand home in Palmerston North, but I’ll never, ever forget these wonderful people who took in a stranger, showed him around, and welcomed him.

Malcolm Forbes said, “You can easily judge the character of a man by how he treats those who can do nothing for him.” That was the kind of guy Bernie was. The kind that would give a total stranger the shirt off his back. When I walked in The Wines the first time I was a lost, scared, lonely dude completely out of his element.


An hour later I was one of the guys.

That was the kind of guy Bernie was. The kind that made everyone feel like one of the guys.

If I can draw these conclusions from only a few meetings with Bernie, I can’t imagine the stories those that have known him his whole life must have to tell about him. My guess is they’ll ripple on for a long time though.

So sorry to hear you’re gone Bernie. I’ll always remember you as someone who made a weary and wary traveler completely at home.

It really mattered to me.

You were one of the good guys… 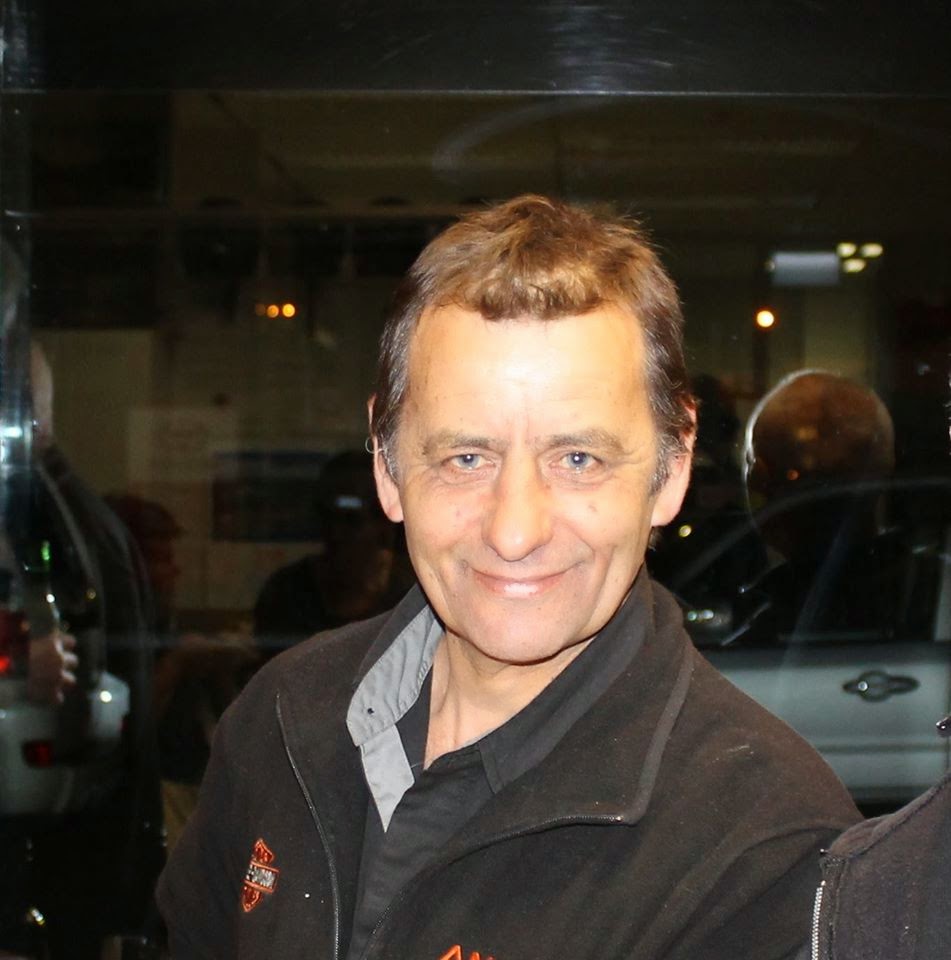 A great tribute story. And how priveleged we have been to have met you down at The Wines, sharig a few great stories, especially of Chicago. Hope all is well with you and you have continued to be treated with wonderful friendship here in NZ. Linda & Graeme Burling.

A great tribute, thanks for taking the time to write it. Bernie has touched the hearts of so many many people, all sharing nothing short of humbling and generous stories. We wondered the other day where you had headed off too, we hope you have been superbly treated while here in NZ. All the best. Linda & Graeme Burling.

Thanks Linda. Nice to hear from you! So sad to hear about all this. Please tip a glass for me at the gathering and say hello to everyone for me. I'm living in Auckland now, stop by for a beer and some remembrances of the Wines if you guys are ever in the neighborhood!

Those are such true Words . I meet Bernie in Bulls 2008 at the Mobil Service station. From that point we became best mates. We rode the South Island and North Island together. I would always come over to the Wines or Anza to catchup as they could no longer leave the bar for long rides. The Last ride we went on was October 2013 to my mates 50th in KeriKeri Bernie . Doona . and Myself. we did over 3000 KMs in 4 Days . The last bit home from Hawera was getting on 4:30pm. I still had to get to Martinborough . I said we need to stoke it along and shit we did. From the Shell to the Rat Trap in Bulls = 35 min we hauled ass and nothing under 160km . From the time i meet you we were like Brothers . We stayed at each others houses and our Wifes got on like a house on fire. I will miss you my Friend and Brother. When we rode we were like glue and tight together. We knew what the other was doing before we did it. Until we ride again Mike